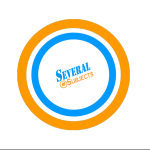 A pension is a fund into which a sum of money is added during an employee’s employment years and from which payments are drawn to support the person’s retirement from work in the form of periodic payments.

DR is a part of pension received by the pensioner. It is reviewed to factor in the inflationary trends in the economy.

Payment of pension to retired government employees, including payment of basic pension, increased Dearness Relief (DR), and other benefits as and when announced by the governments, is governed by the relevant schemes prepared by concerned Ministries/Departments of the Government of India and State Governments.

Presently, disbursement of pension is being done through CPPC which has enabled the bank to have a centralized and easily accessible data basis of pensioners, so that all the matters including those relating to transfer of pension accounts from one branch to another, from one to location to another or even one bank to another are managed easily.

Centralized Pension Processing Centre came into operation in our bank in April 2009 (as per the recommendation by Prabhakar Rao Committee). All master data pertaining to PPOs of central government and state government are uploaded in the CPPC master. Based on the data given by the branches, CPPC is disbursing pension to pensioners.

Government has decided to discontinue the procedure of forwarding government orders in respect of dearness relief etc. to pension paying agency banks and issued certain instructions as given below:

Pension amount to be credited in the accounts of the pensioners as per the instructions given by Pension Paying Authorities.

Any excess / overpayment made to the pensioners due to error on the part of the agency bank, should be immediately credited to the government account in lump sum without waiting for recovery from the pensioners.

If it is due to errors committed by the government, banks may take up the matter with the respective Government Department for a quick resolution of the matter.

Thumb or toe impression of the old/sick pensioner is obtained and it should be identified by two independent witnesses known to the bank, one of whom should be a responsible bank official.

Where even thumb/ toe impression is not possible and also the pensioner is not able to be physically present in the bank, a mark can be obtained on the cheque/withdrawal form, which should be identified by two independent witnesses, one of whom should be a responsible bank official.

Agency banks in this regard should:

Continuation of either or survivor pension account after death of pensioner

Single Window System was introduced to facilitate prompt settlement of reimbursement claims and reconciliation. The underlying objective is to make each pension paying bank responsible in its own right to effect settlement without the intervention of RBI Offices or SBI (at District Headquarters) in the process eliminating cause of delay in reimbursement claims.

Recommendations of the Prabhakar Rao Committee relating to pension payments are to be adhered to.

At locations outside the CPPCs, there should be designated nodal officers for pension related complaints and they should hold regular meetings at different locations in their jurisdiction on the lines of Pension Adalat.

Each bank should establish a toll free dedicated pension line to redress the complaints.

Pension paying banks should compensate the pensioner for delay in crediting pension/ arrears thereof at a fixed interest rate of 8 per cent per annum for the delay after the due date of payment and the compensation shall be credited to the pensioner’s account automatically without any claim from the pensioner on the same day when the bank affords credit for revised pension/ pension arrears, in respect of all delayed pension payments made since October 1, 2008.

Mechanism should be there to obtain immediately the copies of pension orders from the pension paying authorities directly without waiting for receipt of instructions from the Reserve Bank of India to avoid any delay to the pensioners.

Suitable arrangements should be made to place the arithmetic and other details on the web or through branches to the pensioners.

Internal auditors/inspectors also should take note of the quality of customer service when they visit the branches.

Internal inspections should assess branch performance in servicing pensioner customers. In this regard, the following may be ensured:

A specific questionnaire covering all aspects of pension payment may be devised for use during inspection of pension paying branches.

Inspecting officers may also, during inspections, call up pensioners at random and enquire about their satisfaction with pension-related services.

These include the following:

All claims for agency commission by banks in respect of pension payments must be accompanied by a certificate from ED/CGM in charge of government business that there are no pension arrears to be credited/delays in crediting regular pension/arrears thereof.